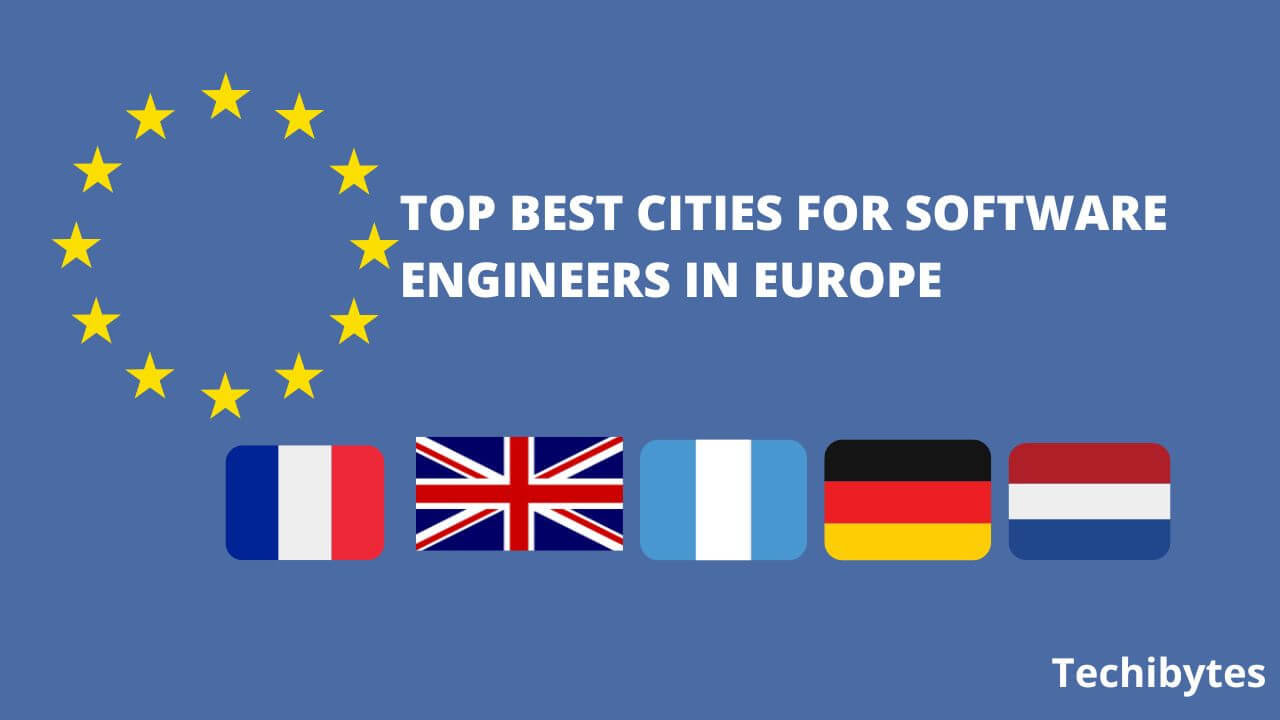 Europe is known for being excellent in a lot of things: from the buoyant economy to a soccer industry that’s adored by all, you just have to give it to them. However, when it comes to being conducive for software engineers, the continent appears to still have a long way to go, maybe you would say otherwise.

While Silicon Valley can be described to be North America’s tech hub, there’s no similar place on the European continent. However, that doesn’t mean there are no excellent cities for software engineers in Europe; to be clear there are many.

In this article, you’ll learn about the best cities for software engineers in Europe and what makes those cities deserving of that accolade. Also, you’ll learn if professionals in this career are in demand in Europe, and I’ll show you the city that’s closest to Silicon Valley if there are any. While you are at it you could also check on the highest paying tech jobs in demand

Are Software Engineers in Demand in Europe?

Before moving to Europe to grow your software development career, a crucial question that’s worth asking is this: are software engineers in demand in Europe? If they aren’t, there’s no real point in leaving your current location in pursuit of a new software engineering job on the continent.

To start, it’s crucial to note that asking using Europe as a sample size for a question checking for the demand of software engineers is not ideal. The continent is so big that the demand for engineers differs across countries, and even individual cities.

Generally, however, there’s a high demand for software engineers across the entire European continent. Of course, some countries or cities have a much higher demand than others, but in general, you have a higher chance of getting a job in Europe than say a random African country for example.

However, if you already have a decent job and help from your employer to move to the country, moving to Europe to ply your trade might be the best idea. The following sections will show you some of the best countries and cities to consider moving to, for the best development jobs in Europe.

Which Europe Country is Best for Software Engineers?

At the moment, the UK is the best European country for software engineers, more specifically, England. This outcome isn’t really unexpected, given that London is unarguably the biggest destination for software developers in Europe.

If London sounds like an impossible destination, you may also want to consider Berlin, Germany. Most people like to regard the city as Silicon Allee, the Silicon Valley of Europe. With Britain trying to exit the European Union, Berlin might be the only rightful city to bear the title of the best city for software engineers in Europe in the coming years.

At the moment, Zurich, Switzerland is the city that pays software engineers the most in Europe, even if you’d eventually spend all of that money trying to survive there. In other words, the cost of living in Zurich is the highest of any city in Europe, which eventually won’t make the heavy salary appear to be much.

In addition to Zurich, cities like London, Amsterdam, and Munich also pay software developers pretty well. If you can also speak French moderately, there’s a pretty good chance that you’ll get a high-paying software engineering job in Paris, but I’d like to assume you’re not French.

What is the Tech Capital of Europe?

One question that gets asked a bit too often is about Europe’s tech capital. Since Silicon Valley is agreed to be the de facto tech capital of North America or even America as a whole, it’s not surprising that many people expect other continents to have capitals.

To the surprise of nobody, London is the city that can be regarded as the tech capital of the European continent. If anyone was asked to take a wild guess, there’s a very good chance that London would be their pick since it’s unarguably one the best cities for software engineers in Europe.

At the moment, there are a little over 100 tech unicorns in the United Kingdom, and London houses nearly 60% of them. This feat alone puts it on par with other tech cities like California, San Francisco, Lagos, and Beijing.

London’s reign as the tech capital of Europe isn’t expected to end anytime soon either, as the city has seen the number of total unicorns rise by around 127% consistently since 2017. If this welcome trend continues, it may not be too long before we start comparing London to San Francisco, California, and Cupertino.

Europe cannot compare to North America or even Asia when it comes to the number of companies seeking software developers. However, that doesn’t mean you cannot get high-paying software engineering jobs on the continent. If you’re on the lookout for one, this article has outlined most of the best cities in Europe for software engineers.