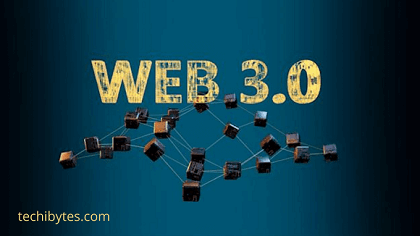 Likely, you’re already utilizing Web3 technology without even realizing it. Millions of people use Chrome browser extensions like MetaMask and Solana’s Phantom wallet, both developed by Solana. Web3 has already established itself as a significant trend that is gaining popularity.

As cryptocurrency investment grows more familiar and developers have more time to develop decentralized applications, there are several web3 investment opportunities for startups, and 2022 might be the year of Web3, according to some predictions.

What Exactly Is Web3 Technology?

Web3 is attempting to decentralize these platforms by using decentralized autonomous organizations (DAOs) or other blockchain-based technologies. For example, your MetaMask wallet, which provides you with total control over your cash through a browser extension or mobile app, is a prominent example of a Web3-based application.

There are several facets of decentralization that various Web3 crypto projects provide, each with its advantages and disadvantages. For example, Livepeer, which operates on the Ethereum blockchain, enables the decentralized sharing of video bandwidth.

Another proposal is the Helium network, which allows for decentralized wireless data exchange through its network of Internet of Things nodes. Helium is an example of an Internet of Things (IoT) implementation using Web3 technology.

Another Web3 application that is more typical is API3, a decentralized API platform that allows for the development of trustless apps that communicate with the web. To put it another way, decentralizing any centralized platform now available on Web2 would be deemed an application of Web3 technology.

How to Make a Web3 Investment

To make the most informed wager on Web3 technology, investors should consider purchasing equities or cryptocurrencies linked to the development or implementation of Web3 technology. Web3 currencies such as Helium (HNT), Arweave (AR), and Ocean protocol (OCEAN) are among the most valuable, with some having multi-billion-dollar market capitalizations.

Another approach is to place bets on projects or blockchains that have the potential to provide a viable platform for future Web3 dApp development. Ethereum would be the primary cryptocurrency, but other options such as Polkadot may be more appealing because of its high gas fees.

The Web3 Foundation developed it as a cross-chain communication protocol for distributed computing systems. In creating the parachain paradigm, Polkadot was guided by the assumption that the future of Web3 will feature several distinct blockchains cooperating.

To place a bet on the technology, investors should acquire stocks or cryptocurrencies linked to the development or deployment of Web3 technology, which some belief is the internet’s future. It is based on blockchain technology and includes bitcoin and non-fungible tokens (NFTs); however, as with any early-stage technology, it may look quite different in a few years.

The stock link above is for Nigerians in Nigeria and Diaspora

We may, however, begin to follow the trail of bread crumbs left by firms that played critical roles in the creation of Web3. For startups, here are four Web3 investment opportunities to consider;

Nvidia (NASDAQ: NVDA) is a graphics processing unit (GPU) manufacturer that competes with AMD and Intel in the computer applications market. It should be exposed to the rising future demand for blockchain applications and the necessary processing capacity to support them.

Even though Nvidia’s stock price has fallen by 30% from its all-time high of $346 a share, the stock remains expensive, trading at a price-to-sales ratio of 25 despite the price decline.

Atop that, with a market capitalization of $630 billion, it has already established itself as a prominent player. However, it is a well-established blue-chip stock in a Web3 business that is still in its infancy and very speculative. Adding this computing behemoth on pullbacks allows investors to have broad exposure to Web3.

In this case, a bitcoin technology business maintains an exchange where more than 73 million people may buy and trade different cryptocurrencies.

Coinbase can play a critical role in Web3 in the future by bridging the gap between cryptocurrency and other blockchain assets and the existing financial system, among other things. Among its recent initiatives is the Coinbase card, which will let users spend their crypto holdings at retailers that accept traditional payment methods.

In addition, the business is creating an NFT marketplace, which will provide a larger platform for this new digital asset. If Web3 evolves into a new digital economy, Coinbase might act similarly to a bank, allowing the exchange of goods and services among blockchains.

The company first went public in 2021, and the price has since plunged to lows of less than $200 per share on the NASDAQ. Coinbase, on the other hand, is highly profitable, having generated over $3 billion in net profits over the previous 12 months.

Suppose Coinbase can successfully play the “banking” function and continue to build its user base as Web3 grows. In that case, the company’s low value at a price-to-sales ratio of 7 may provide significant space for investment returns.

Its software operates in the background, linking new payment items to the old financial operating system, which relies on payment networks such as Visa and Mastercard to do its business. It acts as a “go-between” for the new and the old. As a tokenized payment card provider, Marqeta can provide acceptable cards for Web3 apps.

Marqeta’s expertise extends beyond cryptographic applications; the company has a diverse range of clients, such as Block, DoorDash, and other companies. Taking a tiny percentage of each transaction made using items powered by the firm produces money for the company. In other words, when the number of clients increases, Marqeta makes more money.

Block has become the company’s largest client, contributing to more than 70% of total revenue due to this strategy; however, if the company’s product line expands, it may be able to reduce its customer concentration.

The stock went public in 2021 and has since progressively declined in value, with the stock being down more than 70% from a 52-week high. The stock has a market capitalization of $5.5 billion, which gives it a price-to-sales ratio of 10. Even though the firm is not yet profitable, it is multiplying; revenue increased 56 percent year over year to $131.5 million in the most recent quarter.

Investors should watch the company’s progress when new products, such as the Coinbase card, are introduced. Investors should also keep a close eye on Marqeta’s efforts in hooking into additional goods as the company continues to develop.

TE is a prominent maker of connectors and sensors for various sectors, and the company’s contribution to the 5G rollout is critical. Essentially, the firm serves as the physical backbone of connection solutions, allowing consumers to use the benefits of next-generation internet without having to think about it.

In addition, with the increasing need for modern communications infrastructures, TEL will easily tag along with the rest of the pack. Even though it isn’t the most visually appealing of Web3 stocks, it is, above all else, practical.

Web3 apps are built on cryptocurrencies or digital tokens maintained via blockchains. These tokens are issued to early investors and users of an application and may also be purchased and sold on cryptocurrency exchanges.

2. What are Web3 cryptocurrency tokens?

3. Is it possible for you to invest in Web3?

The best approach to invest in Web3 technology is to acquire stocks or cryptocurrencies associated with its development or deployment.

In contrast to the Metaverse excitement that swept the crypto markets, Web3 focuses on the technology hidden under the surface and mainly invisible to the user. As the technology evolves, it will take time before Web3 platforms and currencies reach their apex in popularity.

Even while Web3 is a marketing gimmick to a certain extent, the concept of decentralizing Web2 platforms is a legitimate one. Web3 and decentralized applications have yet to get widespread notice; nevertheless, as cryptocurrency trading becomes more common, people will see the potential of Web3.