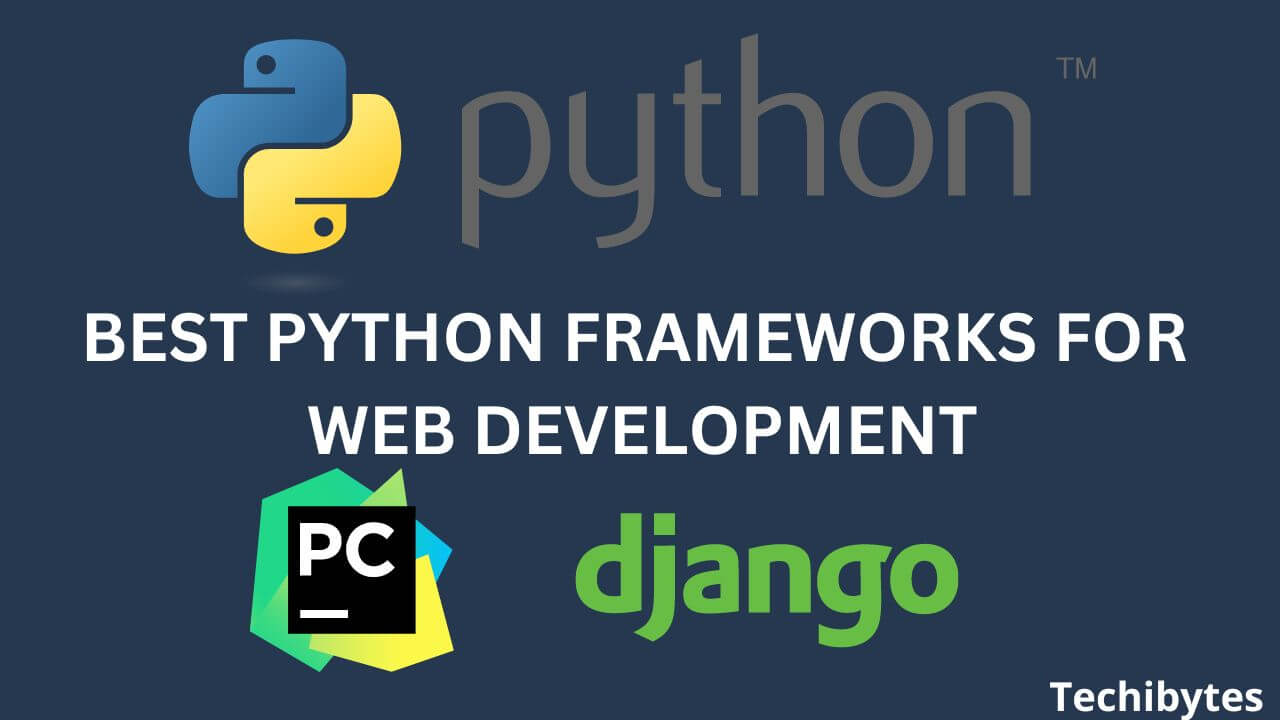 Python is certainly one of the most rewarding programming languages to learn this decade, and the primary reason for that is its versatility. While it has its strengths, it works pretty well for most tasks you’ll ever need a programming language for, including, of course, web development.

If you’re running an insanely big organization like Google that’s trying to create a highly specialized website (like YouTube), the former could be the most feasible option. However, if you’re working within a small team, trying to create something that isn’t all that specialized, the latter is exactly what you need.

In this article, we’ll look at some of your best options for web development with Python. Also, I will list 11 of the best Python frameworks for web development (yes, they’re that many). Finally, and most importantly, I’ll reignite the Django vs Flask war, and you will hear my objective opinion on which is better.

A framework, with respect to programming, is a structure upon which a piece of software is created, be it an app, website, or anything in between. They’re typically thousands of lines of pre-written code that you can use to simplify the development process.

A framework is typically suited to a very particular task, but it doesn’t perform that task for you; it only helps you in the process of performing it. For instance, Django, a Python framework for web development, doesn’t make a full website in isolation. You still have to write some code, using the tools offered by the framework, of course, to make a fully functional website.

There are tons of frameworks out there is different programming languages, and you only need to learn those that you intend to use in your development journey. If you’re a Python developer looking to dive into web development, for example, learning one of the best Python frameworks for web development is a no-brainer.

Is there a Python Frontend Framework?

Most of the Python frameworks you’ll find are said to be for backend web development, which is cool. If you’re trying to become a full-stack developer, however, you generally want to have both a frontend and backend framework in the language to feel at home throughout the entire development journey.

Unlike languages like JavaScript which were created for frontend web development, Python historically lacked proper support for developers working on the front end of web apps. Over the years, however, there has been a slew of frontend frameworks that will let you create UI elements for the web using Python.

There are more front-end frameworks for Python, but they usually don’t get the mass appeal from the web development community. If you intend to code in Python for the web, you’ll be better off learning a traditional front-end programming language or frameworks like JavaScript or AngularJS.

Is Python OK for Web Development?

One thing we can all agree on is that web development isn’t Python’s forte; it is obviously more suited to tasks relating to artificial intelligence and data science. However, the question isn’t about Python’s strengths, it’s basically asking if the programming language is at least ‘OK’ for web development.

To answer that, yes, Python certainly is OK for web development, and depending on your level of expertise, could be even more than OK. Most of the web apps you use on a daily basis were created using Python or a Python framework, including household names like Instagram, Spotify, and YouTube.

However, if you’re trying to get into programming for web development, learning Python isn’t the best first step. Using Python to build web apps is best suited to people who already have some experience in the language, and are only looking to dive into some web development.

Which Is Better: Django or Flask?

When it comes to building websites using Python, two insanely popular frameworks instantly come to mind: Django and Flask. While both of these frameworks are written in Python, they’re actually more different than they are similar, and those differences have created a bitter rivalry between lovers of the two frameworks. So, which is better: Flask or Django?

When it comes to Flask and Django, there are many strong reasons why you may want to gravitate towards either side. While Flask thrives on its simplicity as a micro-framework, Django’s low barrier to entry is a strong point for the language’s most popular web framework.

Since Django has numerous options out of the box, it’s the better framework if you’re looking to reduce your time to production, while creating a website that’s both visually pleasing and performant. On the other hand, Django is no match for Flask if you want a barebones framework that you can modify to suit your requirements.

At the end of the day, you can make up for most of the differences between Django and Flask using code if you’re moderately competent in Python. The best option will then depend on what you want from a web development framework exactly.

Django is undoubtedly one of the most advanced Python frameworks for web development, and the fact that it’s the most popular goes on to prove that. It has plenty of features that allow developers to create complicated websites without having to write most of the functions from scratch.

The framework finds the perfect balance between simplicity and power, generally allowing one to write simple code to accomplish complex tasks in the background. From its excellent URL patterns to the intuitive admin interface, there’s just so much to love about this Python framework.

If there’s any framework capable of going head-to-head with Django, it’d be flask, but not because it’s similar. Compared to Django, Flask has fewer moving parts, making it generally lighter and less feature-rich, but at the same time, giving you more control throughout the development journey.

Flask uses a template engine that’s based on Django’s, so, you should expect the code to be somewhat similar in some aspects. However, the admin interface isn’t as pronounced as it is with Django, so you might have some unlearning to do if you’re crossing over.

CherryPy is a minimalist Python web framework for designing intuitive web applications like regular Python programs. With the framework being ten years old at this point, you can trust that it’s mature enough to handle complex websites while allowing you to write less code for more features.

Experienced Python developers can swear by Pyramid when it comes to writing for the web using Python. Thanks to its lightness and versatility, developers can write apps of any nature and scale without having to worry about the bottlenecks of the framework. The support for testing and documentation by default is another reason why it’s the choice of many software developers.

Grok is one of the more popular python frameworks for web development that’s said to be for beginners and expert web developers alike. According to the official website, it offers ‘a lot’ of building blogs for web applications, which makes it sound like the framework is heavier than most on this list.

PyScript is a frontend Python framework for web development that was announced during the PyCon 2022 conference, so, it’s relatively new. As expected, it has started to generate massive hype within the community, as a frontend framework in Python isn’t something you see very often.

It works by allowing developers to insert Python snippets into their HTML code to alter or control how the UI looks. While it isn’t as powerful as a traditional frontend JavaScript framework like AngularJS or ReactJS, the fact that it offers an option to write for the web in Python is enough to make it groundbreaking.

Web2py is an open-source Python web development framework that allows developers to code dynamic web pages using the language. The goal of this framework is to reduce the complexity of common tasks in web development, like building web forms, for instance.

It’s a full-stack framework with components to manage CRUD, automatic error logging, internationalization, and UI effects. While it’s not the best framework out there for web development, it’s pretty good if you’re looking for something that lets you write with Python.

Bottle is one of the lightest Python web frameworks, which is distributed as a single file module with zero dependencies. It gives you the minimum required to create a simple page, and you have to write your way from there. While it’s a pretty good framework, the support is minimal, so you’re almost certainly better off with something else.

TurboGears 2 should be a next-generation Python web framework that lacks the limitations normally associated with some of the top frameworks like Django and Flask. Touted as the framework that scales with you, it enhances rapid web app development in Python with more maintainable code. If you’re looking to build a web application using Python, TurboGears is a pretty good option.

Falcon is a performant web framework that’s useful for backend web development as well as writing cloud APIs. The framework is minimal, WSGI compliant, and it works with some other popular Python web frameworks for extra features and performance whenever needed.

CubicWeb is a semantic open-source Python web application framework that has been around since 2008. It encourages code reusability using cubes, which is CubicWeb’s fancy word for reusable components. Since the framework is driven by a data model, you can get a functional web app by defining the model, which streamlines the process of creating a web application.

Coding for the web in Python isn’t the simplest task out there, but it’s not impossible. If you’re only comfortable with the Python programming language, you can stay in your comfort zone, while using one of the excellent frameworks I’ve listed earlier to create something amazing for the web.