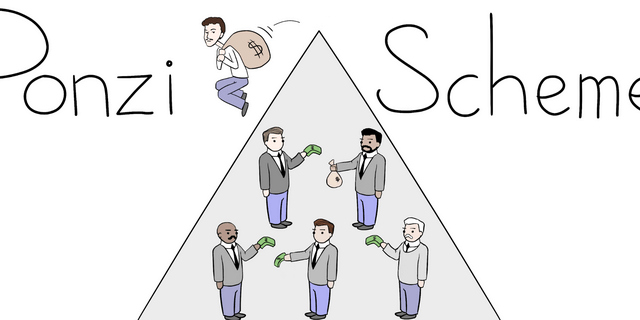 I spoke to a friend who lost 500,000 naira and also referred people who lost more than 4 million naira to Ponzi investment in 2020. She said it was her first time in any online investment scheme and she was also referred to by her close friend who boasted about the legitimacy of the platform. According to her

“My best friend told me it was legit, that they deal with crypto and real estate and she herself has cash out from the platform, when I heard this I saw it as an opportunity to be financially free”

What Is A Ponzi Scheme?

Ponzi schemes were named after Charles Ponzi, an Italian-born money swindler, and businessman who carried out one of the largest operations in history during the 1920s in America. However, he wasn’t the first one to do it, and the first Ponzi schemes date back to the early 19th century. The schemes have a lot in common with pyramid schemes, but there are also some distinct differences between the two.

Basically, a Ponzi scheme is an investment fraud where the founder collects funds from new investors to pay existing investors, and the owner attracts new investors for his non-existent or failing business, promising high returns and low risk. Then, as new investors begin paying money to the schemer, earlier investors start receiving the profits, believing they come from the success of the business when in reality, they come from fellow investors.

Most Popular Ponzi Schemes In Nigeria

Every year millions of Nigerians are easily lured into different Ponzi schemes because of the promise of quick returns with no risks or hard work. Everyone wants to “chill with the big boys” and what better way than Ponzi? These are the most popular schemes that have operated in Nigeria recently:

‘I invested my whole money with the company, about N360,000, and when the crisis started in June, they said they would start paying 10 percent of the total money owed to every investor. Those with capital in excess of one million naira were to be paid seven and a half percent,’

I personally had lots of friends who invested their hard-earned money in racksterli because of the faith they had in the CEO.

Racksterli is an online investment and affiliate marketing platform owned by Michael Chidiebere Oti, also known as ‘Black Gold’. The platform pledges a mouthwatering 58% return on investment after 30days to its investors. You can invest a minimum amount of 14,000 and a maximum amount of 20 million in different packages.

Racksterli went viral when Nigerian musician Davido and other celebrities collected money to endorse racksterli in video ads and loved-up pictures. This enticing marketing strategy worked like magic as hundreds of Nigerian youth believed their beloved celebrities and fell for the bait.

The platform gained thousands of new members who invested and reinvested huge amounts of money before it crashed and they stopped paying.

Black gold claimed that investors’ funds were partly used to trade in Bitcoin and other cryptocurrencies, adding that they were certified by various government agencies, so customers had no reason to worry until he eventually told everyone to move on with life and forget racksterli. He has disappeared from social media and the security agency seems uninterested in him.

Is cryptocurrency a Ponzi?

In simple terms, cryptocurrency is not the same thing as Ponzi. Crypto is a fiat currency you can hold, buy, sell, or trade. However, there’s a new trend of crypto scams, rug pull, and other forms of crypto-related scams.

How To Identify A Ponzi Scheme

If you read this article and you’re afraid of online investment platforms. You can check out how to avoid Ponzi scams and be smarter about online business and investment. Be careful where you invest your money, it is better to sleep in your account than to lose it to scams.

You should know that these Ponzi schemes camouflage themselves under different pretenses. Some of them even claim to be mutual aid funds, crypto investment, helping community, or investment opportunities for Nigerians who are struggling financially or who are just gullible to these schemes.