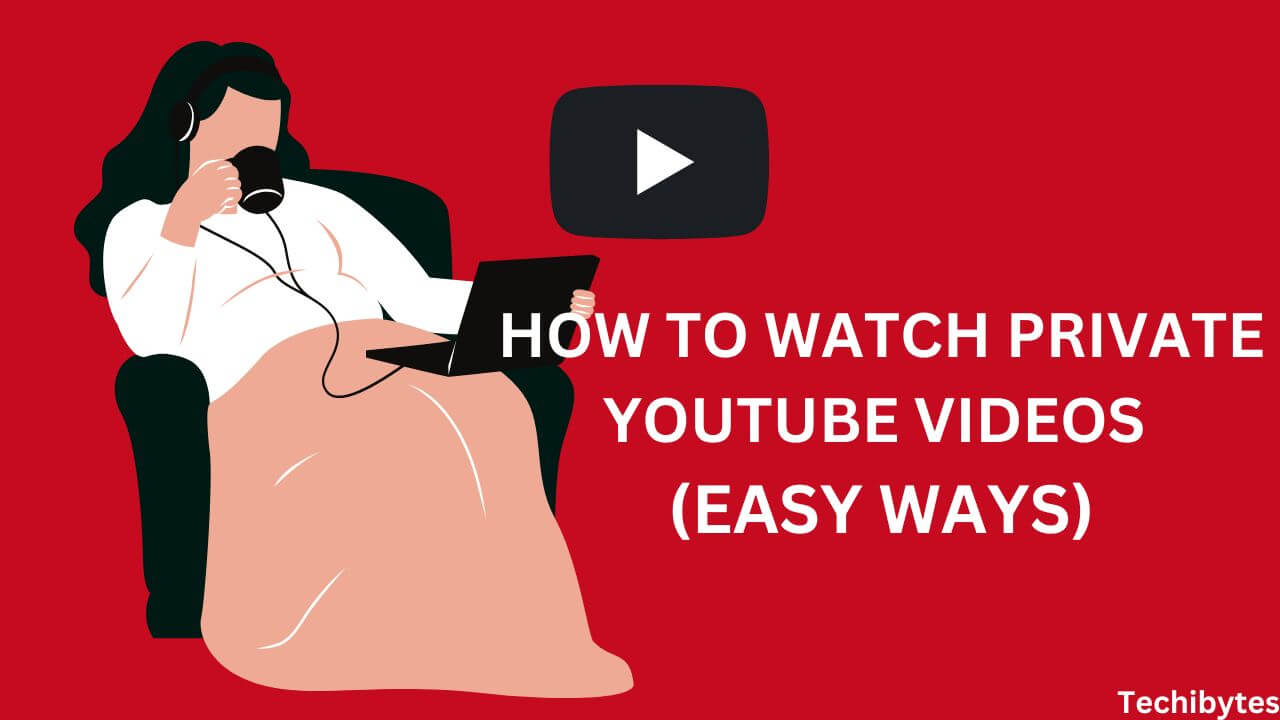 There are three visibility options for videos on YouTube: public, unlisted, and private. While the first two options will make the video available to anyone on YouTube as long as they have the link, the private option will require permission, in addition to the link.

If you’re looking for easy ways to access a private YouTube video, I’ve got you. Here, I’ll show you how to watch private YouTube videos easily on both desktop computers and mobile phones. Also, you’ll learn the differences between a video that’s listed as private, unlisted, and public.

What’s the Difference between Unlisted and Private on YouTube?

While people seem to confuse the two, there’s a pretty big difference between an unlisted video and a private video on YouTube. Both won’t show to regular users and are hidden away from the watchful eyes of the public, but what’s the difference between the two?

The difference between an unlisted video and a private video comes down to who can access it. For unlisted videos, anyone with a link to the video can paste it into their browser and start watching. The video is only as private as you can manage to keep the link to it.

On the other hand, private YouTube videos cannot be viewed by third parties unless you invite them to do so, even if they have the link.

You can liken it to a document on Google Docs. Setting a video to private is like keeping the default setting and only allowing invited people to view the documents, while an unlisted video is like making the document accessible to anyone with the link. While both try to paint a rough picture of privacy, setting your audience to private is the only way to have absolute control over who can view it.

A crucial question that most YouTube users ask after discovering how easy it is to access an unlisted video is if private YouTube videos are really private. However, this question itself stems from the misunderstanding of what a private video really means.

However, if you chose to keep your video private while uploading, the video is likely private. In that case, nobody can watch, like, or share the video if you don’t give them an invite. If you have to share a piece of private information, you’re better off marking your video as private.

As you might already know, there are three privacy options for all videos uploaded to YouTube: public, unlisted, and private. Most of the videos you see on YouTube are public, and I’ve explained unlisted and private videos earlier. The question here is: how do you make a video private on YouTube?

Changing the privacy setting for your video is pretty easy at any stage of its lifecycle. You can do it when uploading, so you don’t publish to the public at all. It’s also possible to change the privacy setting of a public video to private, a move that will make it impossible for the general public to continue viewing the video.

If you’re a creator below the age of 18, you don’t need to make any changes to your videos to make them private. The default privacy setting for creators between the ages of 13 and 17 is private for the protection of children. However, they can always change it to Public whenever they want.

For older creators, however, videos aren’t automatically private. During the upload process, however, you get options to make the video private, public, or unlisted in the visibility tab. Select “Private” and move on with the upload to keep your video private.

If the video has already been uploaded as a public video, you can always change the visibility setting. Simply head over to YouTube Studio on your computer and head over to your Content tab. There, you should see a list of your videos as well as their privacy settings.

From that page, you can change any video to private, regardless of what privacy option it was by default.

Sadly, and predictably, it isn’t. There aren’t any exploitable loopholes that will magically make it possible for an unauthorized user to access a YouTube video. Before attempting to watch one, you generally want to ensure that the creator has shared the video with you.

When someone shares a private video with you, you get a notification informing you of that. You also get a link that takes you directly to the video and lets you watch it. After clicking the link, you want to make sure you’re on the correct YouTube account for unrestricted access to the video.

Watching a private YouTube video shouldn’t be difficult if you have permission to do so. Without permission, however, the difficulty of watching one could range from insanely difficult to impossible, with the latter being the likely scenario.

The only way you get to watch a YouTube video that’s private is by having the creator invite you to watch it. When they do, you can get to the video in several ways, after which you should be able to watch it without being locked out.

However, there are instances when you’ve been invited to watch a video, but you’re unable to access it. In that case, here is how to watch private YouTube videos once you have permission.

Private YouTube videos typically have a secret link that’s only made available to the creator and those they’ve invited to view the video. If you have permission to watch the video, you can simply click on the link to access the video in question easily.

In most cases, you can find the link in your email, as Google typically emails you a link to every private video you’re invited to view. You can also ask the creator to send you the link if the thought of searching your email frantically for a single document doesn’t particularly excite you.

If you’re finding it difficult to get to the link, you might just be able to access a private video without any links, using the strategy below.

2. Use your private video archive.

If you intend to watch the video on the YouTube app, copying and pasting links all over your browser will not be the friendliest way to go about that. Google has made it possible for a creator to access all their private videos on mobile without needing a link for each of them.

To do that, you’ll need to open the YouTube app on your device and head over to the Library section. From there, select “My Videos,” and you should see all the videos you’ve uploaded to the video search engine, including those you’ve chosen to stay private.

Some of the videos should carry a padlock icon; the padlock icon signifies that they’re indeed private videos. One downside of this method is that it only lets you watch the private videos you created. If you need to see something that was shared with you, you’ll need the link.

After following all the instructions from the “how to watch private YouTube videos” section, you may still be finding it difficult to access a video that has been set to private. Believe it or not, people asking why they can’t see private YouTube videos is a common occurrence, and that’s not necessarily a bad thing.

The difficulty associated with finding private videos on YouTube is more of a feature than a bug; if the video is available everywhere on the video-sharing site, that wouldn’t count as “private,” would it? In any case, there’s no reason why you should be locked out of a video you should have permission to view.

Here are a couple of reasons why you may not be able to see private YouTube videos.

To see private videos on YouTube, you must be signed in to the YouTube account that was invited to come to watch the video. That’s the only way Google can authenticate that you should be the one accessing the video and you’re not just a random internet stranger.

As I’ve explained above, the only way to get to a private video you didn’t create at the moment is to find the link to the video. You can find it in your email after the creator has shared the video with you, but you can also ask them to text you the link for easier access.

Private videos are excellent for hiding sensitive information from the public domain. YouTube doesn’t make private YouTube videos available on the homepage or anywhere; you’ll need a link to get to them. This article has sufficiently discussed how to watch private YouTube videos; all you need to do is read and learn.