The tenure of President Muhammed Buhari will go down in the history of Nigerians as one of the hardest times the country had witnessed, It is one to which Citizens right to freedom of speech, freedom of expression is trample upon. The Twitter ban in Nigeria has generated lots of controversies and has caused much ethnic chaos. We shine our focus into the economic implications of this decision on the citizens.

Nigeria currently battles hundred of problems that needs the government to be proactive; the government rather prefers to call a Press conference discussing the president’s deleted Tweet irrespective of economical hardship the country faces at the time. 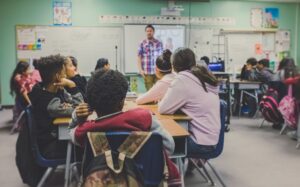 Twitter has about 40 million users in Nigeria, with an estimated 10 million daily active users. Since the Twitter Ban saga, businesses, brands, influencers, individuals, tech startups, and the Nigerian economy have been badly affected. Several users now have to use a VPN to access Twitter; therefore, there have been more than 1 million additional downloads of VPN apps in the past few days.

June 4, 2021 the federal government of Nigeria hurriedly made a sole decision to Ban twitter from operating in the country. You might want to ask why? On why the government took that action,

The Communication Minister, Lai Muhammed cited “the persistent use of the platform for activities capable of undermining Nigeria’s corporate existence.”

Of course we know that isn’t exactly the whole picture, we know it’s because twitter Ban Buhari’s tweet, which is viewed by many as gross disrespect.

But that was the government’s excuse, next thing we saw was Telecom operators like MTN, Globacom, Airtel, 9mobile, and other networks pulling the plug on twitter. They restricted network access to the Twitter platform and back-end servers on Saturday morning, forcing Nigerians to find alternative solution of accessing the microblogging service. Several users now use a VPN to access Twitter.

Day in day out millions of Nigerians are always on the street of Twitter for different individual purposes and also to exchange thoughts on the state of affairs in the country or on trending issues. That is a fundamental right the Constitution guarantees them but the suspension of the platform takes that away from them. I wonder what image the government intends to portray to the world by taking away people’s rights.

Many dignitaries, influential personalities and both local and international organisations have described the situation as a complete disgrace to democracy.

As of 2021, the governments of China, Iran, North Korea, Cuba, Turkmenistan amongst others had either temporarily or permanently blocked access to Twitter.

The Twittersphere in Nigeria has grown from more than just a platform to tweet. Many Nigerians on Twitter use the microblogging platform to connect with customers for their products and services. Many youth in the country who should be roaming the streets unemployed have made decent livelihood for themselves on the social platform, now these youth will be back on the street with no opportunities from the government.

The Twitter ban will also affect Twitter influencers who market services for clients looking to reach a wider audience with their service offerings. With the current situation of things, clients may be quite sceptical about even patronising these influencers in the first place.

E-commerce merchants and online businesses should expect massive sales decline due to this unsavoury twitter Ban. Many business owners advertise their product on Twitter, mainly because many prospective buyers may not be able to access the platform.

The ban on Twitter will definitely affect investor sentiments and perception about Nigeria negatively. There are many investors who keep tabs on Nigerian Startups before investing in them, others already invested in Nigeria Startups like- Bamboo, BuyCoins, Kuda etc. News like this portraying Nigeria as an undemocratic country with stifled policies against business will only be discouraging for more foreign investors.

Many Startups like V bank, Safeboda, Aella, Fairmoney who primarily use Twitter to render services and products to their users have already been finding alternative means to be in touch with their users. Majority of these companies use Twitter to offer support for their customers but will no longer be able to due to the ban.

According to NetBlocks, an international internet watchdog which tracks cyber-security and internet administration, each day of this Twitter Ban will cost Nigeria an estimated ₦2.18 billion. (Two point one eight billion naira).

But what happens if the government decides to ban all major social media platforms?

Meaning a 10 day ban on all the major 5 social media platforms in the country, will cause an estimated loss of ₦108.8 billion. (One hundred and eight point eight billion naira)

For a country known as the poverty capital of the world, President Buhari’s government should know that out of the 200 million people in Nigeria, 81% of Nigeria’s 106 million adults have mobile phones and broadband connectivity. More than 40 million accounts are linked to Twitter.

According to the e-Conomy Africa 2020 report prepared by the IFC (the Finance arm of the World Bank) and Google, the Africa internet economy has the potential to reach $180 billion by 2025, accounting for 5.2% of the GDP of Africa in just 4 years.

In Nigeria, data from PwC says Small Medium Enterprises contribute about 48% of the national GDP. They also account for 96% of businesses as well as 84% of employment in the country.

I would like to conclude with a message from the governor of Oyo State, Engr. Seyi Makinde….

“The government appears to have neglected to consider the far-reaching socio-economic effects that the ban would have on small businesses in the country that rely on the social media platform for various phases of their operations.

“We should also remember that Twitter has gone beyond a source of communication for many of our hardworking youths in Nigeria. It has become a source of livelihood for many, irrespective of their political affiliations or religious leanings. Nigerian youths and digital communications organizations earn a living from being able to use the platform to post communications on behalf of their clients,” the governor said.