Entrepreneurship may be both exhilarating and lucrative. However, while beginning a business in a competitive environment, you should anticipate certain roadblocks along the way.

Canada is a strong competitor with numerous potential, but with elements such as the shifting dollar or other unforeseen economic conditions, there are certain to be both disadvantages and advantages to doing business in Canada. To succeed in business, you must be equipped with a well-defined strategy that provides focus and helps you to predict and ride out difficult times.

Additionally, entrepreneurs must think further than the numbers. You must be prepared for the responsibilities associated with running a business and communicating with clients. Even seasoned specialists can be taken aback. Your prior professional background may not have adequately equipped you to lead a successful organization.

Advantages of doing business in Canada

One of the primary reasons international companies and businesses seek to enter the Canadian market is to escape their home nations’ high corporate tax rates. These overseas corporations believe that high corporate taxes are detrimental to their profitability and success. This is especially true in an economy such as the United States, where the federal corporate tax rate is currently 21%.

On the other hand, Canada has one of the lowest corporate tax rates in the world, which is one of the major benefits of conducting business in Canada. Additionally, this is why Canada is so open to foreign investment and entrepreneurs.

Canada is ranked sixth on Forbes’ ranking of the Best Countries for Business. In comparison to a country like the United States, Canada has a relatively stable economy, which protects you from the risk of a business closure. Several factors contribute to this economic security, including low tax rates, trade flexibility, and a well-managed administration.

Canada can instantly recover from economic crises due to the Bank of Canada’s rapid intervention and cheap lending standards.

Canada’s ease of access to qualified workers is a result of the country’s top-ranked universities and high-quality institutes for vocational education. In Canada, 62% of the young generation (25-34 years old) has higher education. If you intend to conduct business in Canada, you would never have a problem locating skilled individuals for your corporation. Employing Canadian residents or citizens is a critical component of starting a successful business in Canada.

4. Social ties to the United States

If you’ve decided to expand your firm into another country, it’s critical to understand the local social conventions to succeed. Without expert direction, this can be a barrier in nations with varying cultural customs. Canada, surprisingly, is comparable to the U. S. In regards to social norms, Canada is comparable to the United States. Exceptions exist in Quebec, where the French language is widely spoken.

5. Canada is a part of a global network

Canada is the world’s second-largest country, bordered by three seas, comprising 9,970,610 square kilometers (3,849,650 square miles), and spanning six time zones. Canada has 550 ports: Ports are critical supply chain linkages and gateways for goods to penetrate the market, rendering them an integral aspect of Canada’s financial system. It’s beneficial for entrepreneurs to know that Canada has over 550 port facilities.

Airports are critical components for persons conducting business in Canada. There are 18 excellent airports in Canada, and Toronto is one of the busiest. To facilitate an unprecedented increase of free trade between Canada and the United States, the two nations have developed many reciprocal action plans to expedite trade flow.

One more advantage of doing business in Canada is the country’s drive to innovation and its attempts to strengthen its intellectual property (IP) regime by decreasing regulatory burdens and simplifying processes for Canadian enterprises.

Canada ratified the Hague Convention in 2018. This year, the government agreed to join many additional international intellectual property treaties, including the Madrid Protocol, the Singapore Treaty, the Nice Agreement, and the World Intellectual Property Organization’s Patent Law Treaty.

Organizations expanding into Canada can benefit from a high degree of certainty in lien searches and filings, as Canada appears to meet the standards of UCC Article 9 on the surface.

Even though the US and Canadian systems are nearly identical, there are a few major mistakes to avoid. For example, Canada does not accept paper copies of filings; it only accepts electronic filings. Additionally, collateral descriptions are frequently shorter and less precise than those found in the United States.

9. It’s a Wonderful Place to Live

Canada is one of the top countries in the world in terms of quality of life, education, and employment. From vast expanses to the world’s most urban centers, Canada provides beauty, variety, a healthy environment, and an enviable standard of living.

Canada is a nation where individuals may pursue their ambitions, where families can enjoy an unmatched standard of life, and where organizations can thrive.

The two countries (the US and Canada) are connected via efficient trucking, trains, ocean transport, and air services. To keep up with the rapid growth of trade and commerce, Canada and the United States have inked an agreement to collaborate on the creation of a Smart Border.

The Declaration presented a 30-Point Action Plan that calls for continued collaboration in detecting and mitigating security concerns while speeding the legitimate movement of persons and products over the Canada-US border.

The Risks of conducting business in Canada

As with the rest of the world, Canada needs origination authentication for all public documents before their authorized use. To complete this process, expanding businesses must obtain verification from the countries in which the document was approved and the countries (or embassy/consulate) in which it will be utilized.

Permits for construction, on the other hand, are a lengthy and laborious process that typically takes 250 days and 12 steps. Additionally, the cost of commercial construction licenses was increased, including costs for site planning permission and building permits.

The process of registering a property takes four days and five steps. In Canada, obtaining electricity is likewise difficult, taking an average of 140 days and seven procedure steps. Not only that, but electricity is prohibitively expensive, particularly in Ontario.

For the previous 18 months, Canada’s job market has been experiencing a severe lack of unskilled workers. The primary reason is linked to Canada’s civilization, which is centered on high education and well-compensated work. According to Manpower Group Inc.’s latest annual Talent Shortage study, over one-third (32%) of Canadian businesses questioned admitted to having difficulty employing unskilled workers owing to labor scarcity.

Canada has always been a hotbed of cybercrime (state-sponsored attacks and lone hackers). Cybercrime, notably in Winnipeg and Manitoba, has increased by more than 160 percent, according to the federal agency (Statistics Canada). The government has set a $500 million budget for a five-year plan to combat cybercrime and establish Canada’s digital security strategy.

Canada, being forward-thinking, is preparing its workers for projected changes in job kinds due to technology through an extensive network of reskilling programs. These programs are designed to teach people new skills and assist them in reskilling in AI or in finding jobs in different technology industries.

Canada has a modest state and the federal corporate tax rate of roughly 27% net and a 12.9 percent labor tax, but the filing procedure takes 131 hours per year. The federal VAT rate is 5%, however, some provinces levy a state VAT and others do not. Some provinces integrate or merge provincial and federal sales taxes, whereas others do not. For example, Ontario’s harmonized VAT rate is 13%.

The difficulty with cross-border trading is that provincial regulations vary significantly, including labeling and packaging criteria, certification standards, and customs duties. Exporters should be ready to comply with Canada Customs documentation, bilingual labeling, and packaging standards, as well as federal and provincial sales tax accounting in Canada. This is where a local equivalent may aid businesses in navigating the numerous variances in regulatory requirements.

Although Canada ranks 12th in terms of credit availability according to the World Bank, other assessments indicate that the difficulty is with the small business sector, which has financial constraints and insufficient infrastructure to accelerate expansion and capitalize on prospects. Government efforts are not conspicuous, even though they exist. Some businesses struggle to secure the initial $500K or $1 million in funding, while others struggle to secure financing to accelerate market expansion.

Recently, the tendency has been for Canadian technology businesses to seek funding for their endeavors in the United States. However, Canada’s main banks and insurers announced plans to establish a fund to invest up to $740 million in small but growing Canadian businesses as part of initiatives to spur economic growth.

All of these are fundamental Canadian ideals: fairness, equality, inclusivity, and social justice. This is evidenced by the country’s governing style, which includes universal healthcare, increased taxation to encourage redistribution of wealth, same-sex marriage legalization, capital punishment abolition, and the repression of far-right politics.

While English is the business language, it is extremely beneficial to have a working knowledge of French while conducting business in Quebec. In Quebec, businesses must display their signage exclusively in French. Canadians value timeliness, and being more than a few minutes late is considered impolite.

Canada is ranked first on Forbes’ ranking of the Best Countries for Business. In comparison to a country like the United States, Canada has a relatively stable economy, which protects you from the risk of a business closure.

Canada is ranked among the highest in the world for government openness, economic freedom, civil freedoms, and education, indicating that it is a thriving trade and commercial port.

Canada has emerged as a prominent rival in commerce, ranking ninth in the world as a favorable investment option.

Small businesses account for about 38% of Canada’s Gross Domestic Product (GDP), demonstrating that they are not only the ideal but also one of the most lucrative possibilities for individuals seeking business immigration to Canada.

Canada’s welcoming atmosphere, rapid growth potential, and economic stability will propel your firm forward. Therefore, if you are a non-Canadian considering launching a business or expanding your company’s activities, consider Canada! As there is much more to offer business than simply breathtaking scenery. A secure financial system, highly qualified labor, and competitive corporate taxation are just a few of the advantages of doing business in Canada.

How to find private investors for your startup

How to Set Up Your Home Workstation to Be More Productive

Working from home can be a great experience. However, it’s also easy to become distracted, especially when you’re… 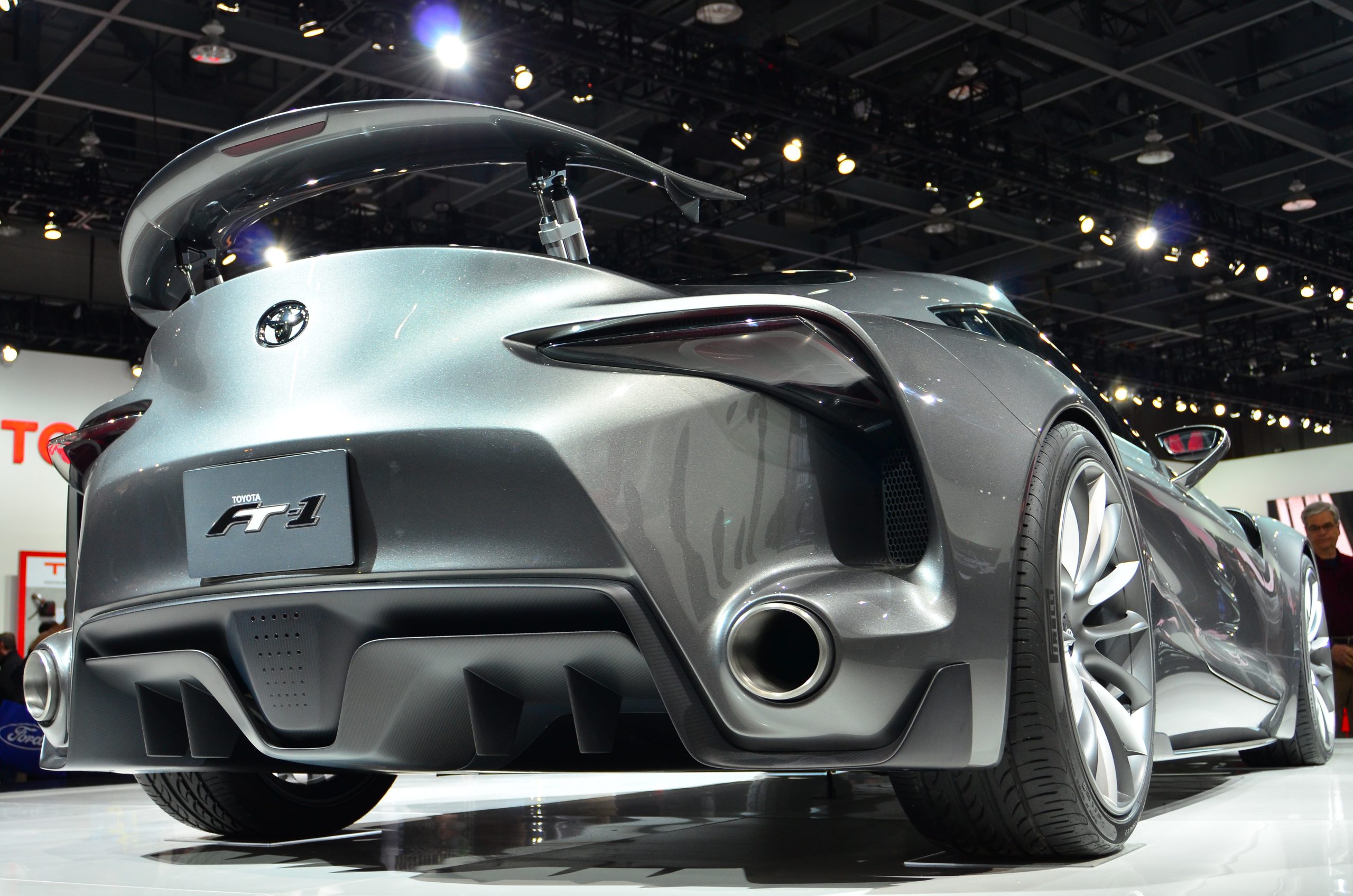 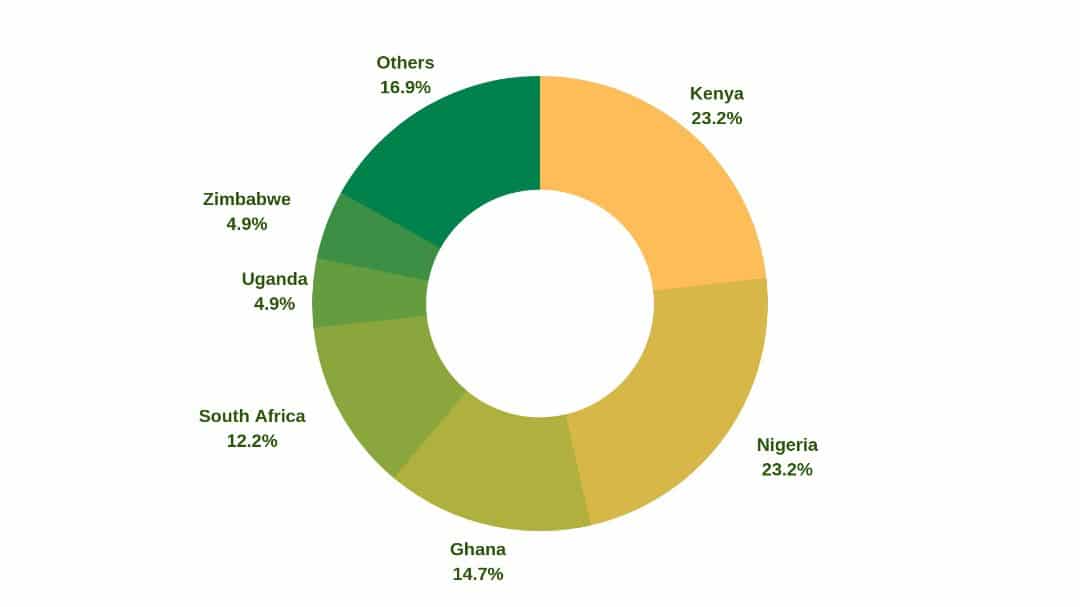 7 Innovative Agritech Startups to watch by 2022