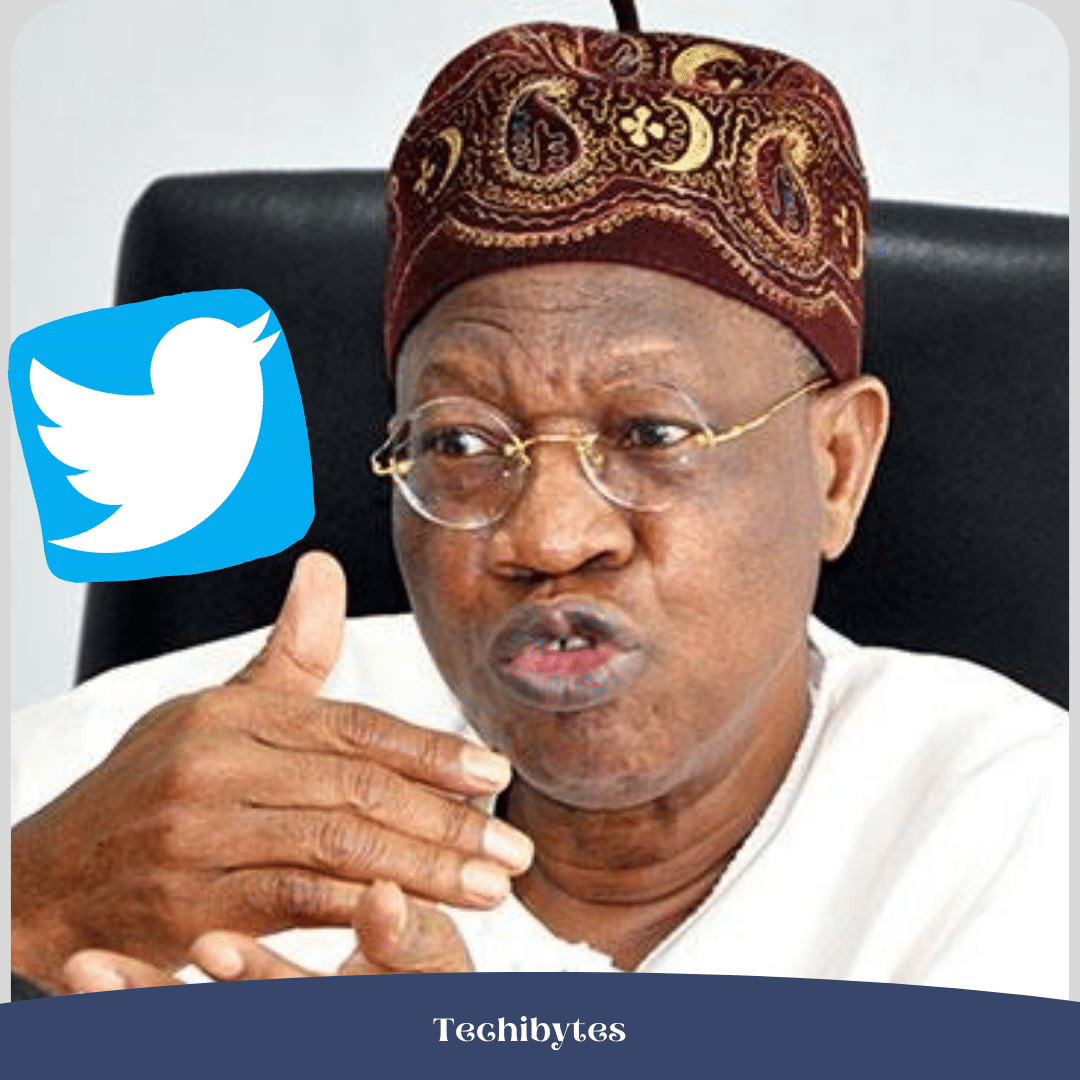 The Nigerian government has once again come out to raise the hope of Nigerian youth on its decision to rescind the ban on twitter in the country. The government gave the Twitter ban update, they said they are “very very close” to lifting the Twitter ban, which has now lasted for more than 100 days. The Minister of information and culture, Lai Mohammed, While speaking at the end of FEC meeting in Abuja made the statement.

On the 4th of June 2021, Nigerian government announced the immediate suspension of Twitter operations in Nigeria citing that the continued operation of twitter in Nigeria undermined the peaceful coexistence of the country but the real story was that the Nigeria government felt disrespected and was angry at twitter for deleting the president’s tweet from its platform.

Needless to say that Twitter mentioned in its defence that the president’s genocidal tweet promising to deal with a section of the country in the language they understand is against its regulation, hence the need to delete the tweet.

As the saying goes, when two elephants fight, the grass suffers. In this case ordinary Nigerians and youths who use the platform to make a living are the victims. Many youths have resorted to using VPNs in order to access the microblogging platform. Nonetheless, this is not the first time we are hearing from the government that twitter will be restored.

Recently on August 11, the government came out to tell Nigerians that the ban on twitter will be lifted soon. The information Minister was pressed to give an exact date that the twitter ban would be reversed. He said..

“The end for amicable resolution is very much in sight. We appreciate the patience of Nigerians. I want to assure you that we have made very tremendous progress. We have met with Twitter both physically and in writing.

We are almost there. “The engagement has been extremely positive without any acrimony. We have made it clear what we want from Twitter.”

The Minister stated that some of the conditions the Federal Government gave Twitter is to establish a legal presence in the country by registering as a Nigerian company with an address.

More than a month later, it’s more or less the same story. This begs the question: is there another angle to this war with Twitter from the government?

Lai Mohammed said, “Thank you very much. I think even Twitter itself two days ago gave what I will call a progress report on our talks with them. And I think if I want to quote them correctly, it has been productive and quite respectful.“

And as to how soon is soon, right? I want to assure you that between the time that Twitter operation has been suspended, and when it will be restored is by far, much, much shorter. That I can assure you that it is by far.

In other words, if the operation has been suspended for about 100 days now, I can tell you that we’re just actually talking about a few, just a few more days now.

“What we’re trying to do is the changes that have been going on, but we need to dot the i’s and cross the t’s. I can assure you that we’re mindful of the anxiety of Nigerians and both parties are working very hard to put a closure on the matter.

“Honestly, I can’t be more specific than what I’ve told you that it is going to be very soon. Thank you.”

It’s been more than 100 days since twitter was banned in Nigeria. According to NetBlocks, Nigeria has lost about $250,000 every hour and has lost at least $360m in the 100 days that Twitter has been banned.

The problem is, it’s not only the government that is losing here, tech startups, businesses, entertainers and the youths are losing their livelihood on a daily basis.

Civil groups, notable figures and the international community have jointly condemned the ban on twitter, asking the Buhari led administration to rescind the ban. Nigeria is faced with more serious issues like insecurity, poverty, banditry and kidnapping, unemployment and more. Instead of tackling these issues, directly affecting Nigerians, the government channels all its might to ban twitter and stick to its guns.

Lai Mohammed has responded to many critics that the government is in talks with twitter management and will reverse the ban on twitter once the tech company has met the demands of the government,

Either Mr Lai Mohammed is lying like many people have said or it’s the truth. One thing we know is that it won’t take another 100 days before Nigeria’s favourite microblogging platform, twitter, will be restored in the country.