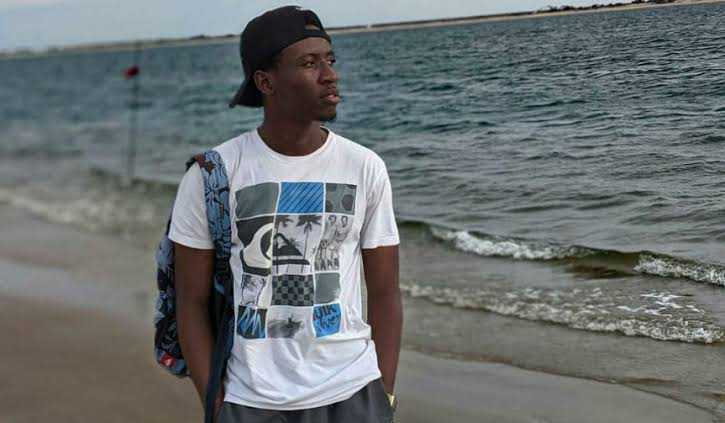 Different reactions have been poured out on various social media platforms since the unfortunate news of the death of David Ntekim-Rex, a 22-year-old tech entrepreneur who was robbed and shot dead by robbers at the Jibowu axis of Yaba area in Lagos Nigeria.

David was one of the two Nigerians that won at the annual “Master the Mainframe” competition organized by AngelHack, a global hackathon company, and the IBM Z Academic Initiative in March 2018 among 17,000 other participants around the world.

Co-founder of an immigration tech firm Tunde Omotoye said David was recently employed to head a unit of his company before his death.

“This is so sad and I am actually speechless,” Omotoye tweeted. “I got introduced to David just on Tuesday. He joined a startup team I belong to as Head, Product Design “The system has indeed failed David. It has failed him & his family totally. I pray his family finds the strength for this loss”.

“My good friend’s nephew a young and promising tech guy was shot dead at Jibowu on Friday night after work. He was actually on his way home around 8 pm walking down Jibowu road Yaba where he was robbed and shot instantly. His brother actually dropped him off at the bus stop that night and expected he would have entered a bike straight to the house at Jibowu. By the time his brother got home later that night because he went to visit a friend. He discovered his brother wasn’t home yet, his number wasn’t going through. He decided to go back to where he dropped him and then drove down the street and saw his body on the floor with Policemen there.

By the time they got to the hospital he was already lifeless. HE COULD HAVE BEEN ALIVE if they allowed his brother take him to the hospital immediately, he could have been alive if the police force actually saved his life first before investigation”.

“The Nigerian police stood and watched as he gasped for air,” Mustang tweeted. “They took pictures instead, and were more concerned with why he – a tech guy- was carrying a laptop. ”He explained that David was taken to the “military hospital around the area, the nurses ignored him. The doctor came around and kept asking who they all were. It took a senior nurse to come out and start checking for a pulse.” Mustang claimed that David had lost a lot of blood at this point.

“The police then took David and his family to Sabo, where they looked for the laptop that he had on him instead of giving them a police report. He was finally released to his family, and they got to LUTH around 12:30 am. “David wasn’t attended to by the doctors at LUTH. He was there till the family was convinced he couldn’t be alive because he had no pulse. The doctors refused to administer any test to see if he was alive.”

The resurgence of #ENDSARS Protest

The sad and untimely death of the young talent has trailed many ugly reactions on and off social media, one of which is the popular hashtag #EndSARS.

With no other means to get their grievances aired to the authorities, Nigerian youth are left with no choice than to resort to protest on social media.

Nigeria witnessed a total shutdown of major cities in October 2020 in an en masse citizens protest against police brutality, extortion, harassment, extrajudicial killings and a bid to request for a better life.– #EndSARS is back on the trends table – with a message to the government to arrest the culprits for prosecution and reform the policing system that guarantees security for all. One could only hope this outrage does not aggravate to another full blown protest. The Lagos State Police Command is yet to confirm or debunk the activities of its personnel before David’s death.

In 2018, David beat 17,000 people worldwide from Brazil, Germany, India, Japan, Nepal, and the USA to become the regional champion of the prestigious IBM Master the Mainframe competition. This is the tech genius, Nigeria killed yesterday. The Nigerian system failed David.

Nigerians are assets except in their own country. In Nigeria, they are gunshots practice targets for security agents, terrorists, bandits, kidnappers etc #EndSars.

David was currently a corper, a tech genius and definitely had a bright future which was cut short. He is another one of many talents the tech industry in Nigeria is loosing to police brutality and bad governance. It is sad.